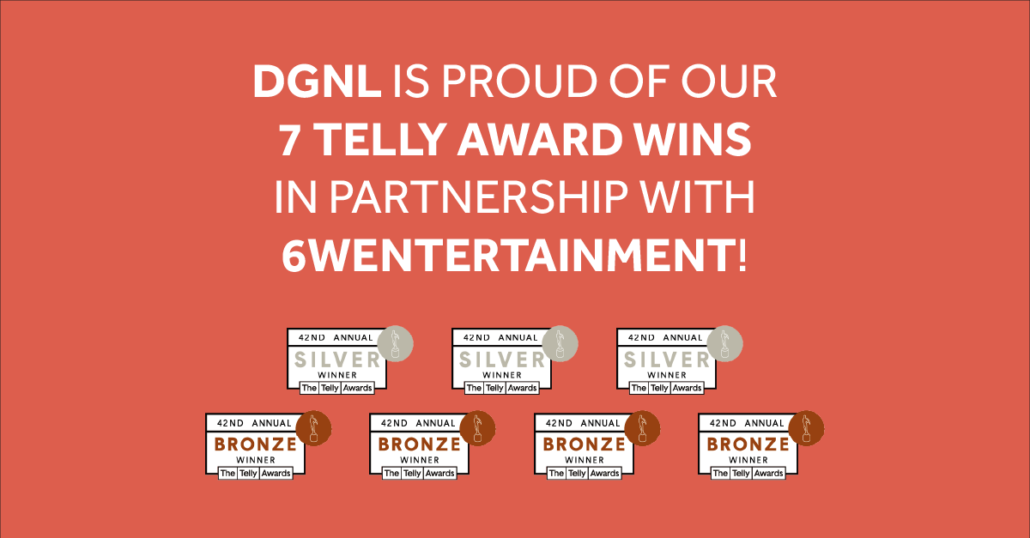 We won at the Telly Awards! Competing against 12,000+ entries from all 50 states and 5 continents, we took home top honors.

Potential winners were judged based on Content / Quality of Message, Production & Execution, and Overall Experience.

Diagonal Media has been fortunate enough, as a creative content agency, to produce many live virtual events during the last year. We, along with our producing partner Erich Bergen at 6W Entertainment, won 3 Silver and 4 Bronze Telly Awards. Our wins are but a selection of the over 75 virtual events we’ve put on during the last year. We continue to be the gold standard in client solutions for virtual live events and content creation.

View all of the winners of The 42nd annual Telly Awards at www.tellyawards.com/winners.

The 42nd annual Telly Awards had a 15% increase in entries from the previous year.

Mostly because of a significant rise in remote and virtual productions during the last year.

“In the face of a year like no other, the visual storytelling community has continued to defy the limitations of our new world. Achievements have been both societal, such as embracing social media platforms to raise awareness about injustices and promote solidarity for movements, as well as geographical, like developing fully remote pipelines for dispersed teams”, says Telly Awards Executive Director Sabrina Dridje. “This year’s submissions doubled down on what we already know about the industry… New ideas and stories will always find a way to break through to an audience.”

Are you getting started on a new live virtual event? Looking for a team to handle professional video production and editing? Reach out.

The Brief – On Accessibility + Inclusion
Scroll to top
WordPress Lightbox