We’re working with The Harlem Independent Living Center (HILC) to create an animated PSA video that is meant to inform and educate the deaf and hard of hearing community on their voting rights in New York City. We’ve collaborated with HILC on several other projects and we’re excited to be producing this timely and impactful video.

For example, did you know, that people who are deaf and hard of hearing have the right to request an interpreter two weeks ahead of the election date and receive an interpreter from the state? They are also allowed to bring materials that will help facilitate their voting, into the voting booth with them. We are learning so much working on this.

And we’ve got SUCH an exciting team pulling it all together! 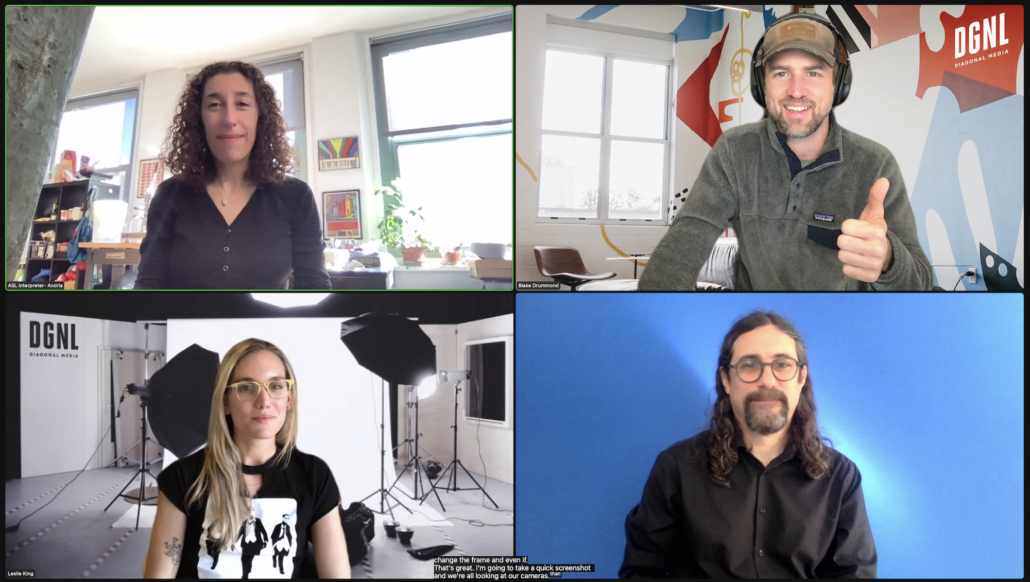 Christina Curry is the Executive Director at the Harlem Independent Living Center (our client). She’s a member of the deaf and hard of hearing community and is championing this video every step of the way to make it the best that it can be.

Patrick Smith is our animator on the project. He has had an incredible career so far. He’s a member of the Academy of Motion Picture Arts and Sciences (AMPAS). He’s been a storyboard artist for Walt Disney and Animation Director for MTV’s Daria and the Emmy-nominated Downtown. Smith also spent five years in Singapore as a professor at the graduate film program for New York University Tisch School of the Arts, under artistic director/filmmaker Oliver Stone.

Jonathan Lamberton is giving us the signing reference for the animated video. Jonathan and his partner Andrea Alefhi are interpreters for the deaf community and received national media attention after a televised job with New York City’s Office of Emergency Management. The Times, BuzzFeed, Jon Stewart’s The Daily Show, and other media have taken note of Jonathan’s animated presence on camera.

On our project, since Jonathan is a member of the deaf and hard of hearing community and Andrea has hearing within normal limits, Andrea acts as Jonathan’s ASL interpreter. On Zoom calls, when we would go back and forth with feedback, Jon would sign Andrea and she would interpret that for us and vice-versa. It has been an extremely collaborative process.

Leslie is the DGNL Producer on the video. She is excited about the way we have gone about collecting the incredible team of people working on the project. In her words…

We really wanted to work with Jon because he is a member of the deaf and hard of hearing community. We didn’t think it was appropriate to work with somebody who is not a member of that community, but can interpret for that community. It’s not exactly the same. We’re in the process of getting a much better final product because of it. Jon was able to really give us feedback as to what was gonna work and what wasn’t. We completely trust him as he’s been doing this in the media for a very long time.

We can’t wait to share the final video with you all! Stay tuned.

Andrew Saxe on The In Crowd