VIRTUAL FUNDRAISING IDEAS FROM OUR TEAM

We just wrapped production on a wildly successful fundraising event for Friends Seminary, the legendary independent K-12 school in the East Village, Manhattan. On a goal of $250,000, we helped raise over $700,000! If you’re wondering how we did it and searching for virtual fundraising ideas of your own, we’ve got you covered.

We helped create this hybrid live-event virtual auction with Erich Bergen and 6W Entertainment. We filmed all the pre-records, live-streamed to the auction platform Give Smart, and assembled the full show. Directed by Jeremy Leiner, it was an incredibly inspiring evening and it required everyone on our team to wear multiple hats. 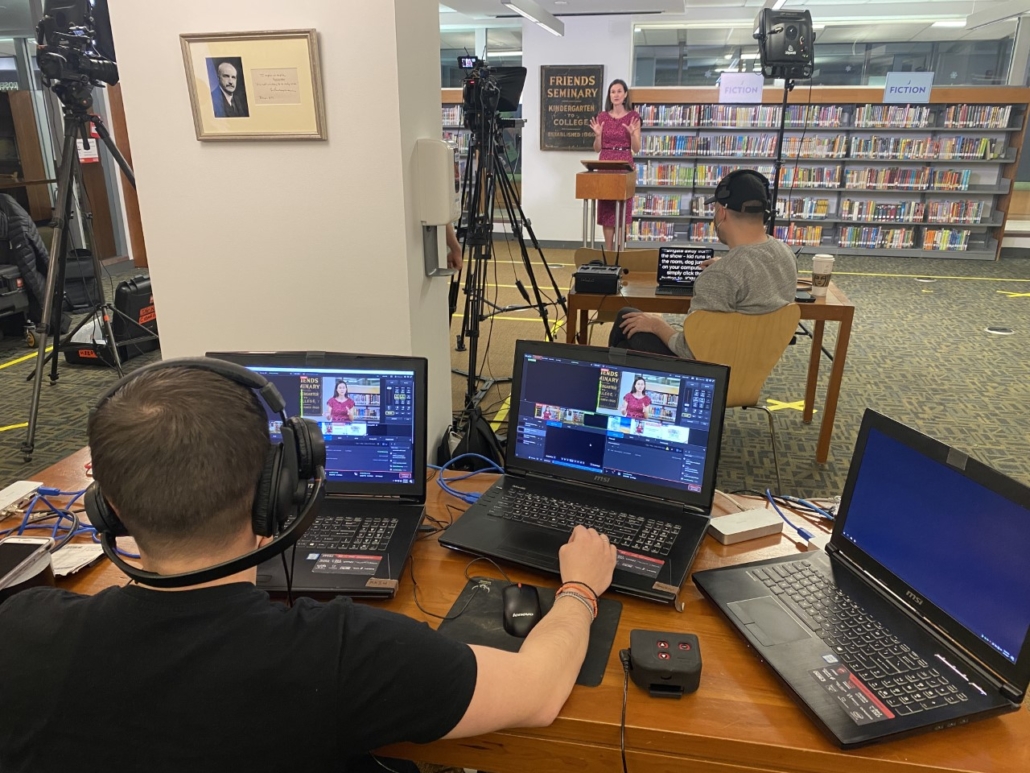 A virtual fundraising event involves a lot more tech than the usual in-person ones do. We pulled out all the stops and Friends Seminary raised over half a million dollars in one night!

Searching for virtual fundraising ideas? Here’s what helped make the event such a success: 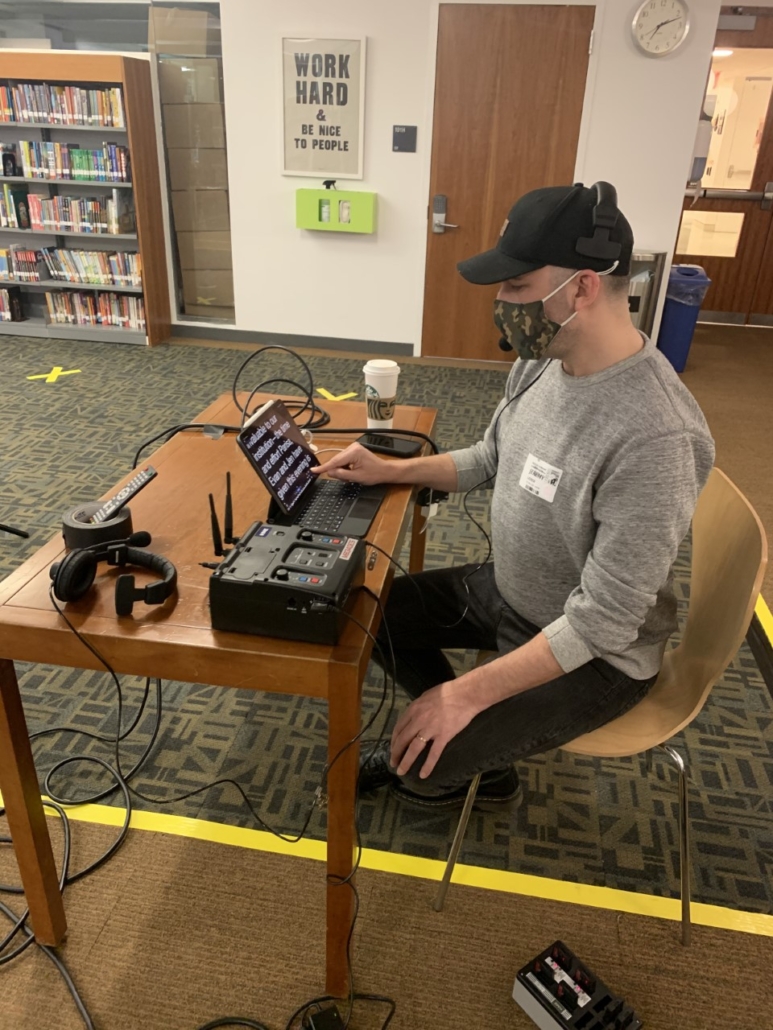 How did the pre-recorded events fold into the show?

Our live-stream tech was switching between pre-recorded and live studio segments in real-time. Most of the pre-recorded segments were of kids from Friends Seminary singing and performing. They were some of the more emotional and poignant moments of the night. The event was all about and for the kids. Since we couldn’t have kids on school property due to COVID-19 safety with the crew and the auctioneer, the pre-records were essential.

Erich Bergen will say this all the time, and that’s what his company 6W Entertainment and the work we do with them is all about; if people are being entertained they will be more focused and they will donate to the cause. Most importantly they’re also more likely to pay attention to the message.

What is it like to shoot on set right now with the increased safety regulations regarding COVID-19?

Everyone on set (at the school) tested negative for COVID before coming on. We were socially distanced and wore masks. The school also offered us all the PPE that we needed, face shields, gloves, whatever we needed to feel comfortable. We always strive to make the sets we work on as safe as possible.

When we found out that we had exceeded the total goal for Friends Seminary, people on set were crying tears of joy. The principal came on camera for a segment to thank everyone and let us know that they would be able to continue business as usual.

It’s incredibly rewarding to be a part of making a difference in people’s lives. We love putting on these incredible integrated live auctions that can help an organization raise money in a fun and engaging way. We can’t wait for the next one! (And we won’t have to, we’re currently in pre-production on a number of fundraising events.)

Have an upcoming live event that you need production support on? Reach out.